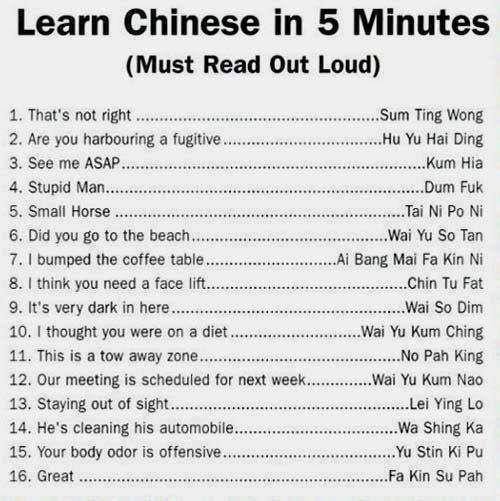 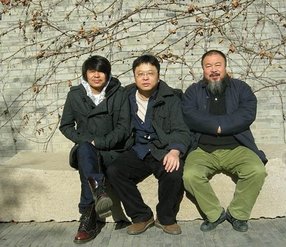 Three Chinese brothers, Bu, Chu, and Fu, want to illegally live in America. The brothers decide to change their names to seem American. Bu changes his name to Buck. Chu changes his name to Chuck. And Fu got sent back to China.
Chinese Sex
There was an american man who lived in China and when he was there he had a lot of sex and never used a condom the entire time he was there. Then he returned to America and one morning he woke up and noticed bright green and purple dots on his penis.the man freaked out. He went to the doctor. The doctor said "I have never seen anything like this before. We will need to run some tests." So they ran some tests and he said come back in 3 days for your test results. The man came back in 3 days and the doctor said "I have some bad news.you have a disease called pongolion HP. It is very uncommon here and we now little about it. I'm sorry sir but we will need to amputate your penis." The man was horrified. He went to a Chinese doctor thinking he would know more about it. The doctor said "oh yes, pongolion HP, very ware. yes" said the Chinese Doctor. The american doctor wants to amputate my penis. "Stupid a american doctah, make more money that way, no need amputate." "Oh thank god" said the man. "Yes,wait 2 weeks, fall off by itself." 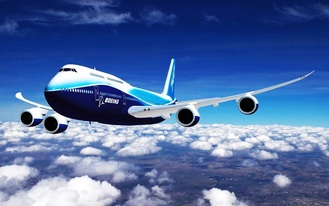 An airplane takes off from the airport. The captain is Jewish and the first officer is Chinese. It's the first time they've flown together and it's obvious by the silence that they don't get along. After thirty minutes, the Jewish Captain speaks, "I don't like Chinese." The First Officer replies, " Ooooh, no like Chinese? Why ees that?" The Captain says, "You bombed Pearl Harbor. That's why I don't like Chinese." The F.O. says, "Nooooo, noooo... Chinese not bomb Pearl Harbah. That Japanese, not Chinese." And the Captain answers, "Chinese, Japanese, Vietnamese... it doesn't matter, they're all alike." Another thirty minutes of silence. Finally the F.O. says, "No like Jew." The Captain replies, "Why not? Why don't you like Jews?" F.O. says, "Jews sink Titanic." The Captain tries to correct him, "No, no. The Jews didn't sink the Titanic. It was an iceberg." The F.O. replies," Iceberg, Goldberg, Rosenberg, no mattah. All same." 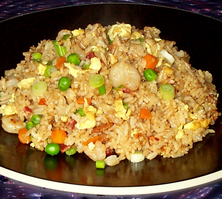 ​A Greek gentleman, eating in a Chinese restaurant, ordered fried rice, and the waiter, smiling and courteous, said, “Ah, yes, flied lice.”
This struck the diner as excruciatingly funny and he ordered fried rice whenever he came in just to hear the waiter say, “flied lice”—-at which he would laugh heartily. He took to bringing in friends so that they might her this, too, and little by little the waiter realized he was a source of fun and mockery.
Well, waiters have their feelings, too. This one took his life savings and invested it in a course on elocution and public speaking, and one day when the Greek gentleman arrived with several of his friends and ordered fried rice, the waiter said blandly, “Ah, yes, fr-r-ried r-r-rice.”
And as the Greek sat there nonplussed, the Chinese waiter cried out in triumph, “How you like that, you Gleek plick?” 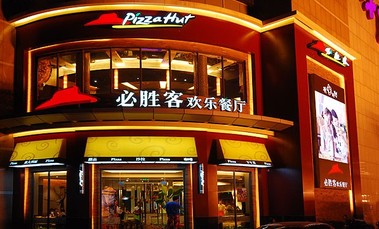 An American businessman goes to China on a business trip, but he hates Chinese food, so he asks the concierge at his hotel if there's any place around where he can get American food. The concierge tells him he's in luck, there's a pizza place that just opened, and they deliver. He gets the phone number and goes back to his room and orders a pepperoni pizza. Thirty minutes later, the delivery guy shows up to the door with the pizza. The businessman takes the pizza, and starts sneezing uncontrollably. He asks the delivery man, "What did you put on this pizza?" The pizza delivery man all confused says, "Pizza have what you order..... pepper only."

source: http://www.jokes4us.com/ethnicjokes/random/ethnic331.html
Two Wongs Don’t Make A White
The Wongs:
Su Wong marries Lee Wong. The next year, the Wongs have a new baby.
The nurse brings over a lovely, healthy, bouncy, but definitely a Caucasian, WHITE baby boy.
“Congratulations,” says the nurse to the new parents. “Well Mr. Wong, what will you and Mrs. Wong name the baby?”
The puzzled father looks at his new baby boy and says, “Well, two Wong’s don’t make a white, so I think we will name him…”
Are you ready for this?

A young man is wandering and lost in a forest when he comes upon a small house. Knocking on the door, he is greeted by an ancient Chinese man with a long gray beard. "I'm lost," said the young man. "Can you put me up for the night?" "Certainly," the Chinese man said, "but on one condition. If you lay a finger on my daughter, I will inflict upon you the three worst Chinese tortures known to man." "OK," said the man, thinking that the daughter must be pretty old, and entered the house.

During dinner, the daughter came down the stairs. She was young, beautiful, and had a fantastic body. She was obviously attracted to the young man as she couldn't keep her eyes off him during the meal. Remembering the old man's warning, he ignored her and went up to bed alone. During the night, he could bear it no longer and snuck into her room for a night of passion. He was careful to keep everything quiet, so the old man wouldn't hear. Near dawn, he crept back to his room, exhausted but happy.

He woke to feel a pressure on his chest. Opening his eyes, he saw a large rock on his chest with a note on it that read, "Chinese Torture 1: Large rock on chest." "Well, that's pretty crappy," he thought."If that's the best the old man can do, then I don't have much to worry about." He picked the boulder up, walked over to the window, and threw the boulder out.

As he did so, he noticed another note on it that read, "Chinese Torture 2: Rock tied to left testicle." In a panic he glanced down and saw the rope that was already getting close to taut. Figuring that a few broken bones was better than castration, he jumped out of the window after the boulder.

As he plummeted towards the ground, he saw a large sign on the ground that read, "Chinese Torture 3: Right testicle tied to bed post." 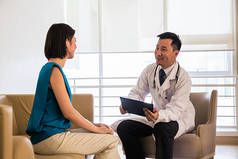 A woman was very distraught at the fact that she had not had a date or any sex in quite sometime. She was afraid that there might be something wrong with her, so she decided to employ the medical expertise of a sex therapist. Her doctor recommended that she go see Dr. Chang, the well known Chinese sex therapist, so she did.
Upon entering the examination room, Dr. Chang said, "OK, take off all you crose."
The woman did as she was told.
Now, get down and craw reery reery fass to odder side of room."
Again, the woman did as she was instructed.
Dr. Chang then said, "OK, now craw reery reery fass back to me."
So she did.
Dr. Chang slowly shook his head and said, "Your probrem vewy bad. You haf Ed Zachary Disease, worse case I ever see, dat why you not haf sex or dates." Confused, the woman asked, "Oh my God, Dr. Chang, what is Ed Zachary disease?"
Dr. Chang looked the woman in the eyes and replied, "Ed Zachary disease is when your face rook Ed Zachary rike your ass."
Today's word is "Fluctuations"
(I will never hear or see this word again without thinking of this joke.)

I was at my bank today; there was a short line. There was just one lady in front of me, an Asian lady, who was trying to exchange yen for dollars. It was obvious she was a little irritated . . .
She asked the teller, "Why it change?  Yesterday, I get two hunat dolla fo yen. Today I only get hunat eighty? Why it change?" The teller shrugged his shoulders and said, "Fluctuations."
The Asian lady says, "Fluc you white people too."