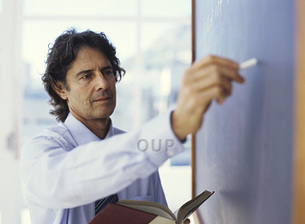 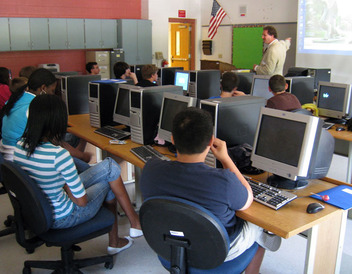 
A Spanish language teacher was explaining to her class that in Spanish, unlike English, nouns are designated as either masculine or feminine.

Instead of giving the answer, the teacher divided the class into two groups, Male and Female, and asked them to decide for themselves whether "Computer" should be a masculine or a feminine noun.
Each group was asked to give four reasons for its recommendation.

The men's group decided that  "Computer" should definitely be of the feminine gender       ("la computadora"),  because:
1. No one but their creator understands their internal logic;

2. The native language they use to communicate with other computers is incomprehensible to everyone  else;

3. Even the smallest mistakes are stored in long term memory for possible later retrieval; and

4. As soon as you make a commitment to one, you find yourself spending half your paycheck to buy accessories for it.

The women's group, however,  concluded that computers should be masculine       ("el computador"),  because:
1. In order to do anything with them, you have to turn them on;

2. They have a lot of data but still can't think for themselves;

3. They are supposed to help you solve problems,

but half the time they ARE the problem; and

4. As soon as you commit to one,  you realize that if you had waited a little longer, you could have gotten a better model.


Send this to all the smart women you know......   And to all the men that have a sense of humor. 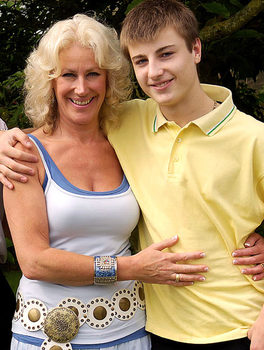 After having failed his exam, a student goes and confronts his lecturer about it.
Student: “Sir, do you really understand anything about the subject?”
Professor: “Surely I must. Otherwise I would not be a professor!”
Student: “Great, well then I would like to ask you a question. If you can give me the correct answer, I will accept my mark as is and go. If you however do not know the answer, I want you to give me an “A” for the Exam.”
Professor: “Okay, it’s a deal. So what is the question?”
Student: “What is legal but not logical, logical but not legal, and neither logical nor legal?”
Even after some long and hard consideration, the professor cannot give the student an answer, and therefore changes his exam mark into an “A”, as agreed.
Afterwards, the professor calls on his best student and asks him the same question.
He immediately answers:
“Sir, you are 63 years old and married to a 35 year old woman, which is legal, but not logical. Your wife has a 17 Year old lover, which is logical but not legal. The fact that you have given your wife’s lover an “A”, although he really should have failed, is neither legal nor logical.” 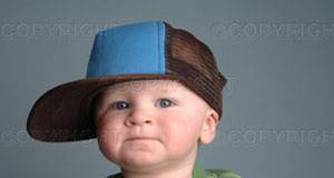 You Gotta Love
Him!! 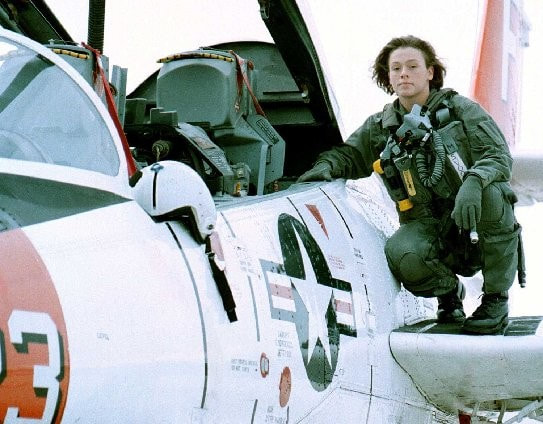 The Woman Marine Pilot
The teacher gave her fifth grade class an assignment:
Get their parents to tell them a story with a moral at the end of it.
The next day, the kids came back and, one by one, began to tell their stories.
There were all the regular types of stuff: spilled milk and pennies saved.
But then the teacher realized, much to her dismay, that she had missed Janie.
Janie, do you have a story to share?'
''Yes ma'am. My daddy told me a story about my Mommy.
She was a Marine pilot in Desert Storm, and her plane got hit.
She had to bail out over enemy territory, and all she had was a flask of whiskey, a pistol, and a survival knife.
She drank the whiskey on the way down so the bottle wouldn't break, and then her parachute landed her right in the middle of 20 Iraqi troops.
She shot 15 of them with the pistol, until she ran out of bullets,
killed four more with the knife, till the blade broke, and then she killed the last Iraqi with her bare hands.
''Good Heavens," said the horrified teacher. "What did your Daddy tell you was the moral to this horrible story?"

"Stay away from Mommy when she's been drinking." 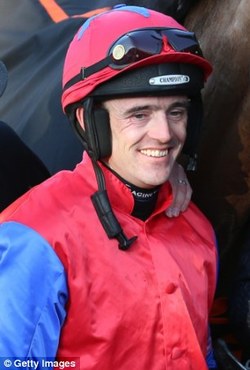 ﻿A Day At The Races﻿

﻿Two female teachers took a group of pupils from years 1, 2 and 3 for a field trip to Epsom Racecourse. When it was time to take the children to the 'bathroom', it was decided that the girls would go with one teacher and the boys would go with the other.
The teacher assigned to the boys was waiting outside the men's toilet when one of the boys came out and told her that none of them could reach the urinal. Having no choice, she went inside, helped the little boys with their pants, and began hoisting them up one by one, holding on to their 'willies' to direct the flow away from their clothes and shake them dry.
As she lifted one boy up, she couldn't help but notice that he was unusually well endowed. Trying not to show that she was staring at his equipment the teacher said, 'You must be in year 3?
'No ma'am', he replied. 'I'm riding Atlantic Jewell in the next race, but I really appreciate your help.﻿ 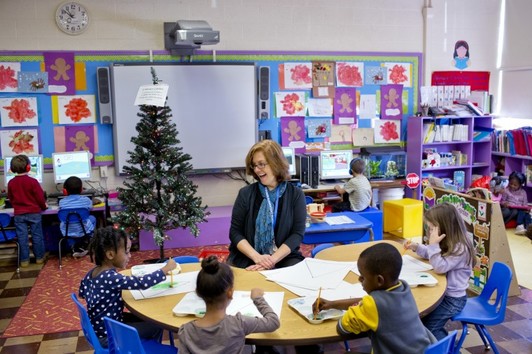 7  Reasons Not To Match  Wits With  Children

A Kindergarten  teacher was observing her classroom of children while they were  drawing. She would occasionally walk around to see each child's work.
As she got to one little girl  who was working diligently, she asked what the drawing was.
The girl replied, 'I'm  drawing God.'
The teacher paused and said,  'But no one knows what God looks like.'
Without missing a beat, or  looking up from her drawing, the girl replied, 'They will in a  minute.'
A Sunday  school teacher was discussing the Ten Commandments with her five and  six year olds.
After explaining the  commandment to 'honour' thy Father and thy Mother, she asked, 'Is  there a commandment that teaches us how to treat our brothers and  sisters?'
From the back, one little boy  (the oldest of a family) answered, 'Thou shall not  kill.'

One day a  little girl was sitting and watching her mother do the dishes at the  kitchen sink. She suddenly noticed that her mother had several strands  of white hairsticking out in contrast on her brunette head.
She looked at her mother and  inquisitively asked, 'Why are some of your hairs white,  Mum?'
Her mother replied, 'Well,  every time that you do something wrong and make me cry or unhappy, one  of my hairs turns white.'
The little girl thought about  this revelation for a while and then said, 'Mummy, how come ALL of  grandma's hairs are white?'

The  children had all been photographed, and the teacher was trying to  persuade them each to buy a copy of the group  picture.
'Just think how nice it will  be to look at it when you are all grown up and say, 'There's Jennifer,  she's a lawyer,' or 'That's Michael, He's a doctor.'
A small voice at the back of  the room rang out, 'And there's the teacher, she's  dead.'

A teacher  was giving a lesson on the circulation of the blood. Trying to make  the matter clearer, she said, 'Now, class, if I stood on my head, the  blood, as you know, would run into it, and I would turn red in the  face.'
'Yes,' the class said.
'Then why is it that while I  am standing upright in the ordinary position the blood doesn't run  into my feet?'
A little fellow  shouted, 'Cause  your feet ain't empty.' 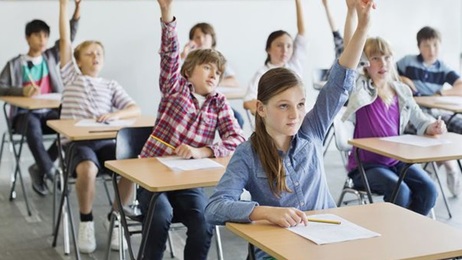 ​*I Think You're the Father of One of My Kids...*
A guy goes to the supermarket and  notices a very attractive woman waving at him.
She says, 'Hello.' 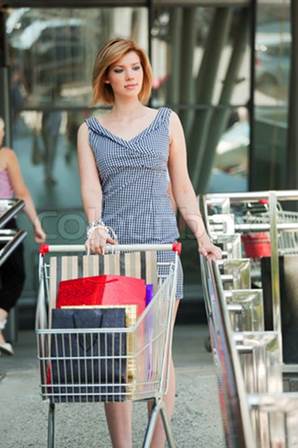 ​He's rather taken aback because he can't place where he knows her from. So he asks,
'Do you know me?'
To which she replies, 'I think you're the father of one of my kids.'
Now his mind travels back to the only time he has ever been unfaithful to his wife.
So he asks, 'Are you the stripper from the bachelor party that I made love to on the pool table, with all my buddies watching, while your partner whipped my butt with wet celery?'
She looks into his eyes and says calmly...
'No, I'm your son's teacher.'

So, one can conclude with mathematical certainty, that while Hard work and Knowledge will get you close, and Attitude will get you there.
It’s the Bullshit and Ass Kissing that will put you over the top.
Now you know why some people are where they are!
Thank You Art B.
FAIR USE NOTICE: These video's may contain copyrighted material. Such material is made available for educational purposes only. This constitutes a 'fair use' of any such copyrighted material as provided for in Title 17 U.S.C. section 106A-117 of the U.S. Copyright Law.