I have always been fascinated by trivia and I thought you might be interested in this bit of trivia as well.

Where did the Texas Longhorn logo idea come from? 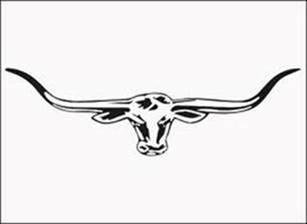 I did not know this! 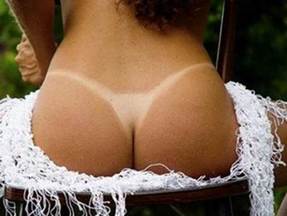 My duty is to teach you something new every day. Job done.  (Thanks to Art B.) 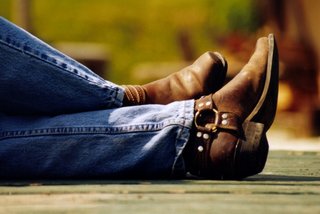 An old lady went into a bar in Dallas, TX, and saw a cowboy with his ​
feet propped upon a table.He had the biggest boots she'd ever seen.
The old woman asked the man if it's true what they say about men with ​
big feet being well endowed.
The man grinned and said, 'Sure is, little lady. Why don't you come​
to my apartment and let me prove it to you?'
The old woman considered she might never get an offer like this again and was curious to find out for herself,
so she spent the night with him.
The next morning she handed him a $100 bill.
Blushing, he said, 'Well, thank you, I'm really flattered. Nobody has​
ever paid me for my 'services' before!'
'Don't be flattered' she replied...Take the money and buy yourself some * *boots that fit...'

Women can be so cruel 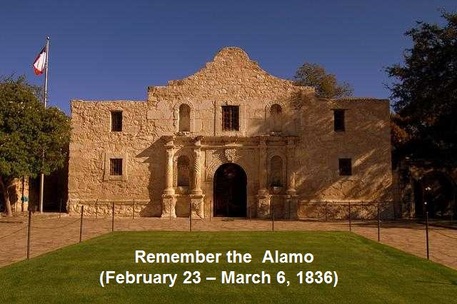 An Englishman, Frenchman, Mexican, and Texan were flying across country on a small plane when the pilot comes on the loud speaker and says ” We’re having mechanical problems and the only way we can make it to the next airport is for 3 of you to open the door and jump, at least one of you can survive” The four open the door and look out below. The Englishman takes a deep breath and hollers “God Save The Queen” and jumps. The Frenchman gets really inspired and hollers “Viva La France” and he also jumps. This really pumps up the Texan so he hollers “Remember the Alamo” and he grabs the Mexican and throws him out of the plane. 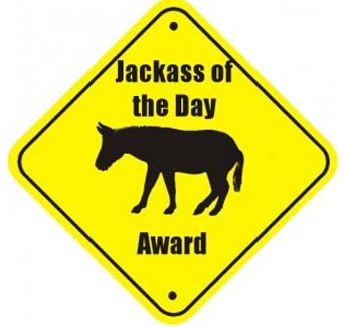 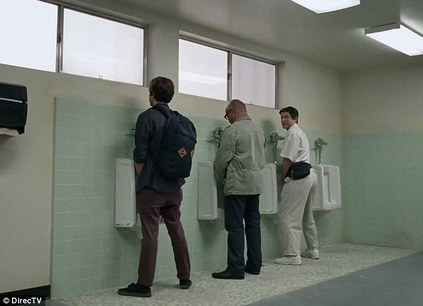 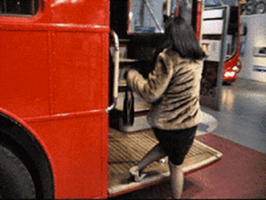 In a crowded New York City at a busy bus stop, a woman who was waiting for a bus was wearing a tight leather skirt. As the bus stopped and it was her turn to get on, she became aware that her skirt was too tight to allow her leg to come up to the height of the first step of the bus. Slightly embarrassed and with a quick smile to the bus driver, she reached behind her to unzip her skirt a little, thinking that this would give her enough slack to raise her leg.

Again, she tried to make the step only to discover she still couldn't. So, a little more embarrassed,  she once again reached behind her to unzip her skirt a little more. For the second time, attempted the step, and, once again, much to her chagrin, she could not raise her leg. With little smile to the driver, she again reached behind to unzip a little more and again was unable to make the step. About this time, a large Texan who was standing behind her picked her up easily by the waist and placed her gently on the step of the bus. She went ballistic and turned to the would-be Samaritan and screeched, "How dare you touch my body! I don't even know who you are!" 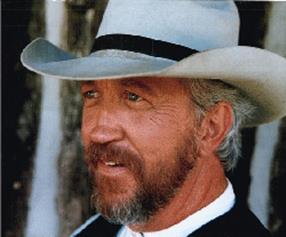 The Texan smiled and drawled, "Well, ma'am, normally I would agree with you,
but after you unzipped my fly three times, I kinda figured we was friends."
A Texas rancher was visiting a farmer in Israel. The proud Israeli showed him around. "Here is where I grow tomatoes, cucumbers, and squash. Over there I built a play set for my kids, next to the doghouse," the farmer said.
The land was tiny, and the Texan was surprised by its small size. "Is this all your land?" he asked.
"Yes," the Israeli said proudly. "This is all mine!"
"You mean this is it? This is all of it?" the Texan said incredulously.
"Yes, yes, this is really all mine!"
"Well, son," said the Texan, "back home I'd get in my car before the sun'd come up and I'd drive and drive and drive, and when the sun set, why, I'd only be halfway across my land!"
"Oh, yes," replied the Israeli farmer wistfully, "I used to have a car like that." 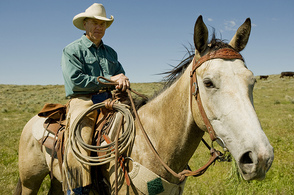 1. Never slap a man who's chewin' tobacco.
2. Good judgment comes from experience, and a lot of that comes from bad judgment.
3. Lettin' the cat outta the bag is a whole lot easier 'n puttin' it back in.
4. If you're ridin' ahead of the herd, take a look back every now and then to make sure it's still there.
5. If you get to thinkin' you're a person of some influence, try orderin' somebody else's dog around.
6. Never kick a cow chip on a hot day.
7. There's two theories to arguin' with a woman. Neither one works.
8. If you find yourself in a hole, the first thing to do is stop diggin'.
9. Don't squat with your spurs on.
10. It don't take a genius to spot a goat in a flock of sheep.
11. Always drink upstream from the herd.
12. Never miss a good chance to shut up.
13. There are three kinds of people: The ones that learn by reading, The few who learn by observation,
and the rest of them who have to touch the fire to see for themselves if it's really hot. ﻿ 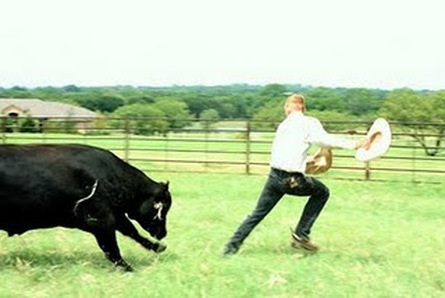 The Arrogance of Authority


​The DEA officer stopped at a ranch in Texas , and talked with an old rancher. He told the rancher, "I need to inspect your ranch for illegally grown drugs."  The rancher said, "Okay, but don't go in that field over
there.....", as he pointed out a distant location.
The DEA officer verbally exploded, saying, " Mister, I have the authority of the Federal Government with me!"
Reaching into his rear pants pocket, he removed his badge and proudly displayed it to the rancher.
"See this badge?!  This badge means I am allowed to go
wherever I  f**king wish.... on ANY land!! No questions asked or answers given!!  Have I made myself clear...... do you understand???"  The rancher nodded politely, apologized, and went about his chores.
A short time later, the old rancher heard loud screams, looked up and saw the DEA officer running for his life, being chased by the rancher's enormous Santa Gertrudis bull......
With every step the bull was gaining ground on the officer, and it seemed likely that the officer would be gruesomely gored before he reached safety.  The man was clearly terrified.
The rancher threw down his tools, ran to the fence and yelled at the top of his lungs.....
(I just love this part....) 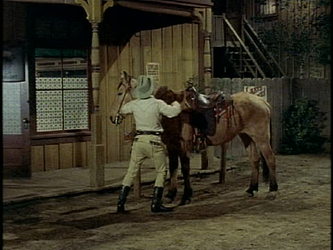 A cowboy rode into town and stopped at a saloon for a drink. Unfortunately, the locals always had a habit of picking on strangers, which he was. When he finished his drink, he found his horse had been stolen. He went back into the bar, handily flipped his gun into the air, caught it above his head without even looking and fired a shot into the ceiling. "Which one of you sidewinders stole my horse?!?!?" he yelled with surprising forcefulness. No one answered. "Alright, I'm gonna have another beer, and if my horse ain't back outside by the time I finish, I'm gonna do what I dun in Texas! And I don't like to have to do what I dun in Texas!"
Some of the locals shifted restlessly. The man, true to his word, had another beer, walked outside, and his horse has been returned to the post. He saddled up and started to ride out of town.
The bartender wandered out of the bar and asked, "Say partner, before you go... what happened in Texas?"
The cowboy turned back and said, "I had to walk home." 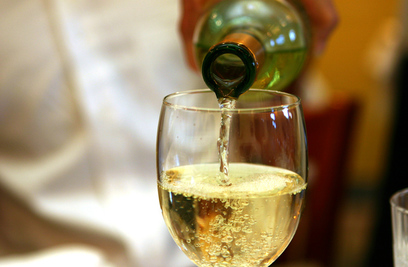 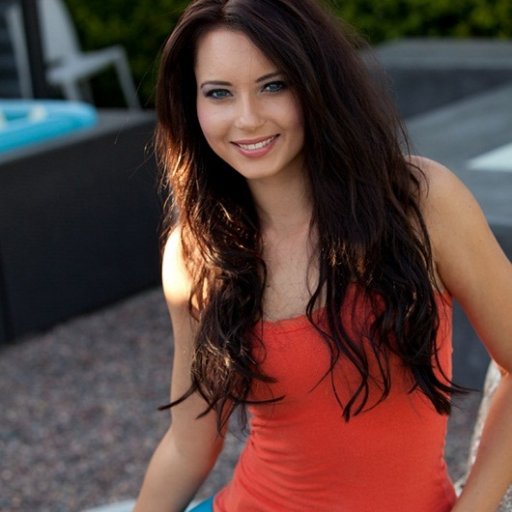 Billy Bob and Luther were talking one afternoon when Billy Bob tells Luther, "Ya know, I reckon I'm 'bout ready for a vacation. Only this year I'm gonna do it a little different. The last few years, I took your advice about where to go.
Three years ago you said to go to Hawaii. I went to Hawaii and Earline got pregnant.
Then two years ago, you told me to go to the Bahamas, and Earline got pregnant again.
Last year you suggested Tahiti and darned if Earline didn't get pregnant again."
Luther asks Billy Bob, "So, what you gonna do this year that's different?"
Billy Bob says, "This year I'm taking Earline with me."
A cargo plane being flown by a Texas graduate approaches an airport and the pilot radios in for landing clearance.  The tower gives the pilot permission to land on runway 5A.
The pilot radios back to the tower that he can't land on runway 5A because it's not long enough.  The controller, a little surprised, radios back to the pilot that the runway is in fact long enough, because they land every type of plane know to man on it on a regular basis.
The pilot again radios the tower and says he's looking directly at runway 5A and it's simply not long enough.  The controller in the tower, now fuming mad, tells the pilot that traffic is starting to back up and that he must land on runway 5A immediately.  The pilot replies saying that it's not long enough, but he'll comply with the directions.
The controller, looking through his binoculars, watches in horror as the plane in question touches down and then begins to tumble end over end - obviously having run off the runway.  The controller throws down his field glasses, leaves the tower, and the proceeds to the sight of the crash.  Amazingly, the controller finds the pilot laying among the wreckage - injured, but alive.
The controller tells the pilot, "I'm so sorry, I guess the runway wasn't long enough."
The pilot looks at the controller and replies, "I tried to tell you it wasn't long enough, but darn if that wasn't the widest runway I've ever seen!"