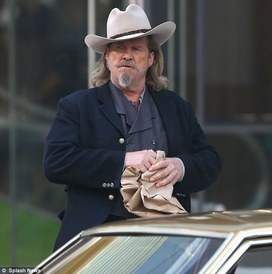 Are you from Texas?

A police officer saw a man dressed as a cowboy
in the street, complete with huge stetson hat, spurs, and six
shooters.
"Excuse me, sir," said the police officer, "who are
you?"
"My name's Tex, officer," said the cowboy.
" eh?" said the police
officer, "Are you from Texas?"
"Nope, Louisiana."
"Louisiana? So
why are you called Tex?"
"Don't want to be called Louise, do I . 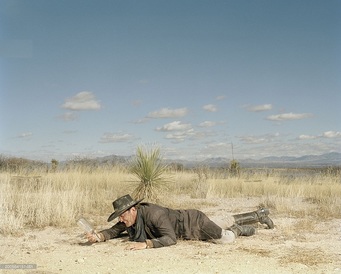 A cowboy had spent many days crossing the Montana prairies without water.
His horse had already died of thirst. He's crawling along the dusty ground,
certain that he has breathed his last breath, when all of a sudden
he sees an object sticking out of the ground several yards ahead of
him.
He crawls to the object, pulls it out of the ground and discovers what
looks to be an old briefcase.
He opens it and out pops a genie.
But this is no ordinary genie.
She is wearing an IRS ID badge and a dull grey dress.
There's a calculator in her pocketbook. She has a pencil tucked behind one
ear. 'Well, cowboy,' says the genie, 'You know how I work....You have
three wishes.'
'I'm not falling for this,' said the cowboy, 'I'm not going to trust an
IRS genie.'
'What do you have to lose? You've got no transportation, and it looks
like you're a goner anyway!'
The cowboy thinks about this for a minute and decides that the genie is
right.
'OK! I wish I were along-side a lush spring with plenty of food and
drink.'
***POOF***
The cowboy finds himself beside the most beautiful spring he has ever
seen, and he's surrounded with jugs of wine and platters of delicacies.
'OK, cowpoke, what's your second wish.'
'My second wish is that I was rich...beyond my wildest dreams.'
** *POOF***
The cowboy finds himself surrounded by treasure chests filled with
rare gold coins and precious gems.
'OK, cowpuncher, you have just one more wish.
Better make it a good one!'
After thinking for a few minutes, the cowboy says, 'I wish that no matter
where I go, beautiful women will want and need me.'
***POOF***
He was turned into a tampon.
Moral of the story:
If the U.S. government offers to help you, there's going to be a string
attached. 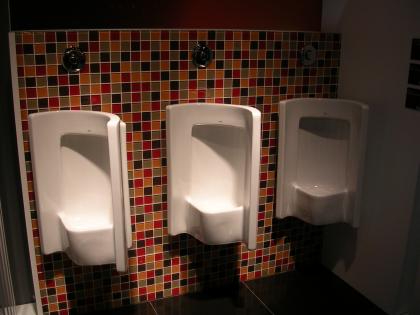 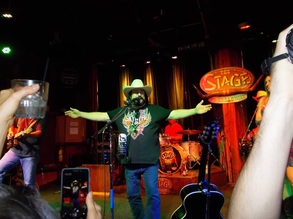 A broke dirty Cowboy  walks into a bar and says, "Gimme whiskey." The bartender says, "I'll have to see your money first." "I'm broke,  but if you give me a bottle of whiskey, I'll get up on that stage and fart Dixie!" The bartender had never seen someone fart any kind of song, so he agrees. The Cowboy drinks the whole bottle of whiskey, then staggers up on stage and the audience start applauding. Then he drops his pants and the audience start cheering even louder. Then, he proceeds to shit all over the stage, and everyone gets disgusted and leave. The bartender screams, "You said you were gonna fart Dixie! Not shit all over my stage!" And  the Cowboy replies, "Hey! Even Frank Sinatra had to clear his throat before he sang!"

10.   I Hate Every Bone in Her Body but Mine
9. I Ain't Never Gone To Bed with an Ugly Woman but I Woke Up with a Few
8. If The Phone Don't Ring, You'll Know It's Me
7. I've Missed You, But My Aim's Improvin'
6. Wouldn't Take Her to A Dogfight 'Cause I'm Scared She'd Win
5. I'm So Miserable Without You It's Just Like Having You Here
4. My Wife Ran Off With My Best Friend and I Miss Him
3. She Took My Ring and Gave Me the Finger
2. She's Lookin' Better with Every Beer
And the Number One Country & Western song is...
1. It's Hard To Kiss the Lips at Night That Chewed My Ass All Day 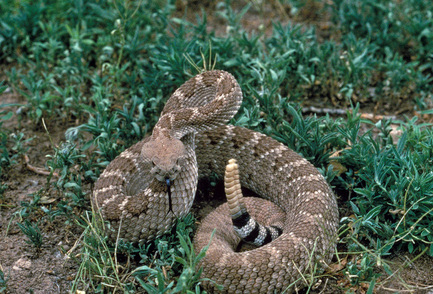 The cowboy was trying to buy a health insurance policy.
The insurance agent was going down the list of standard
questions.
"Ever have an accident?"
"Nope, nary a one."
"None? You've never had any accidents."
"Nope. Ain't never had one. Never."
"Well, you said on this form you were bit by
a snake once. Wouldn't you consider that an
accident?"
"Heck, no. That dang varmint bit me on purpose."