Finally a study that makes sense. 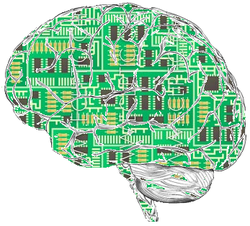 ﻿  Brains of the elderly slow because they know so much.....     The brains of older people only appear to be less speedy, because they have so much information to access, much like a full-up hard drive, scientists believe.    Elderly people have so much information in their brain that it takes longer for them to access it, scientific studies show.   Older people do not decline mentally with age.  It just takes them longer to recall facts, because they have more information in their brains, research suggests.   Much like a computer takes longer as the hard drive gets full up, so to do humans take longer to access information, it has been reported.   Researchers say this slowing down it is not the same as cognitive decline.    "The human brain appears to work slower in old age," said Dr. Michael Ramscar, "but only because so much information has been stored over time.  Older people simply know more, so selecting a correct choice from the trove of stored data may take a bit longer."   So there now!!!!!!﻿
Always Remember This:
You don't stop laughing because you grow old,
You grow old because you stop laughing!
Selected from Michael Moncur's Collection of Quotations

My wife and I went to the agricultural show and one of the first exhibits we stopped at was the breeding bulls. We went up to the first pen and there was a sign attached that said,


'THIS BULL MATED 50 TIMES LAST YEAR'
My wife playfully nudged me in the ribs ....Smiled and said, 'He mated 50 times last year, that's almost once a week.'

We walked to the second pen which had a sign attached that said,

We walked to the third pen and it had a sign attached that said, In capital letters,

My wife was so excited that her elbow nearly broke my ribs, and said, 'That's once a day ..You could REALLY learn something from this one.'
I looked at her and said,
'Go over and ask him if it was with the same cow.' 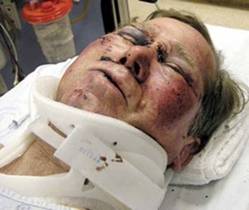 My condition has been upgraded from critical to stable and I should eventually make a full recovery.

Pictures speak for themselves.....
..even the President of the United States. 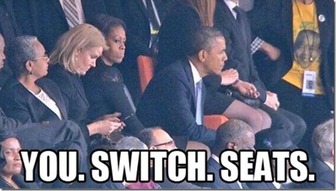 A man asked an American Indian what was his wife's name.
He replied, "She is called Five Horses". 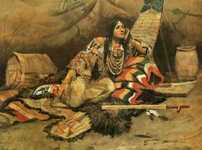 The man said, "That's an unusual name for your wife.
What does it mean?" 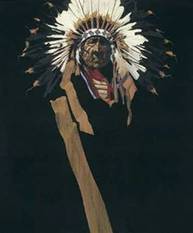 The Old Indian answered,
"It old Indian Name. It mean...

NAG, NAG, NAG, NAG, NAG!
Directions to Heaven Your smile for the day..... just had to forward this one
A little boy was waiting for his mother to come out of the grocery store. As he waited, he was approached
by a man who asked, "Son, can you tell me where the Post Office is?"

The little boy replied, "Sure! Just go straight down this street a coupla blocks and turn to your right."

The man thanked the boy kindly and said, "I'm the new pastor in town. I'd like for you to come to church on Sunday...I'll show you how to get to Heaven."

The little boy replied with a chuckle. "You're teasing me, right? You don't even know the way to the Post Office!”
The Spread of the Stupidity

Only in This Stupid World.....
do banks leave vault doors open and then chain the pens to the counters..

Only in This Stupid World ......
do we leave cars worth thousands of dollars in the driveway and put our useless junk in the garage.

Only in This Stupid World .....
do they have drive-up ATM machines with braille lettering.

Why the sun lightens our hair, but darkens our skin?

Why don't you ever see the headline 'Psychic Wins Lottery'?

Why is 'abbreviated' such a long word?

Why is it that doctors call what they do 'practice'?

Why is lemon juice made with artificial flavor,
and dishwashing liquid made with real lemons?

Why is the man who invests all your money called a broker?

Why is the time of day with the slowest traffic called rush hour?

Why isn't there mouse-flavored cat food?

Why isn't there cat-flavored dog food?

Why do they sterilize the needle for lethal injections?

You know that indestructible black box that is used on airplanes? Why don't they make the whole plane out of that stuff?!

Why don't sheep shrink when it rains?

Why are they called apartments when they are all stuck together

If flying is so safe, why do they call the airport the terminal?