WWII Veterans Memorial Page
The War We Grew Up During

For those that paid the ultimate price for our country, a moment of reflection.....TAPS

Twenty-four notes. It's a simple melody, 150 years old, that can express our gratitude when words fail. Taps honors the men and women who have laid down their lives and paid the ultimate sacrifice for the cause of freedom. Fair winds and following seas, shipmates.

WW II
World War II was the deadliest military conflict in history in absolute terms of total dead, but not in terms of deaths relative to the world population[citation needed]. Over 60 million people were killed, which was over 3% of the 1939 world population (est. 2 billion).

The War That We Grew Up With
I was very young when the war ended, just 5 years old, but I remember the parade that ensued.  It came
down the street where I lived and I remember standing on the curb and waving a small American flag.
there was an amphibious landing craft in the parade....at the time I thought it was a tank.  I remember having to crush the tin cans and saving the strained fat for the war effort......Do you remember things like this? 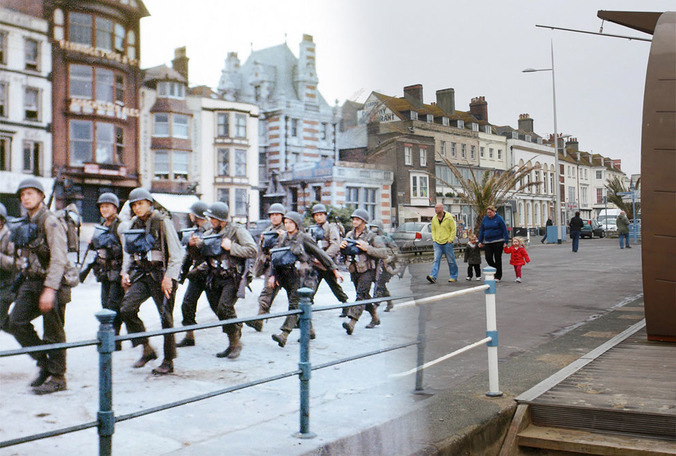 WWII France Photos ~~ Then And Now  (just click on the image)
This is too much and really interesting.  If you are a "history buff" you will be amazed.  An incredible use of technology ~ like traveling back in time.

Left click and hold on each photo, then drag your mouse gently from left to right on the original photograph (1944) and it will become a photo of the exact same location and view today.  Drag it back and you are back to 1944!

WW II
US Navy's Role In The War
Victory on the Seas Remembered
Victory at Sea is a documentary television series[1] about warfare in general during World War II, and naval warfare in particular, as well as the use of industry in warfare. It was originally broadcast by NBC in the USA in 1952–1953.  I watched every original episode.
(Taken From Wikipedia) 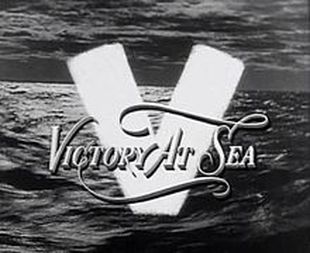 Here is a link to the entire 26 episodes in full..
Just click the button below or the above image
I hope that you enjoy each episode as much as I did when I saw the original programs on TV.....I was so inspired by this Documentary that when I graduated from high school I enlisted in the US Navy
VICTORY AT SEA
FORTUNATELY FOR ME, I WAS TO YOUNG FOR WW II OR KOREA, SO I DID NOT SEE ANY COMBAT ACTION

The Army And Marines Role In The Pacific

WW II AIRCRAFT
US Coast Guards Role In WW II
Women's Role In WW II
Japan's War in Colour | 2004 Documentary
with never seen before films
Japan's role in World War II gets a whole new perspective in this consisting entirely of full color footage,
﻿
FAIR USE NOTICE: These page's may contain copyrighted material. Such material is made available for educational purposes only. This constitutes a 'fair use' of any such copyrighted material as provided for in Title 17 U.S.C. section 106A-117 of the U.S. Copyright Law.﻿