Editorial Page
( THESE ARE SOLEY MY OPINIONS)

This page is where I freely express my opinions on any subject I feel like!
You may agree or disagree with me.. That is your prerogative
... that is what makes America great!
STUNNING NEWS!
DONALD TRUMP ELECTED THE NEXT PRESIDENT ON THE UNITED STATES
The People Have Spoken!
We have elected a new president, and for at least the next four years,  we need to bring everyone together and proceed as we have done in the past.
Now it is time for this country to put a side its differences, to unite, and to move forward. 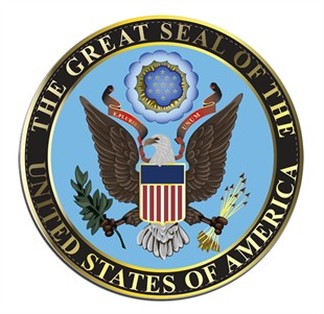 Our Government...My Government:
​DO YOU KNOW WHO YOUR CONGRESSIONAL REPRESENTATIVES ARE?
​THESE ARE MINE...I LIVE IN DELAWARE​
BROKEN...BUT NOT UNREPAIRABLE!

WE THE PEOPLE OF THE united States have a constitution which has lead our nation to become one of
​the greatest nations ever.  It has served us well for over 200 years.
However, politicians who are elected by the people to serve them and the best interests of our great nation have become so corrupted by big money interests,  they no longer serve the people, but rather put politics and party before the people who elected them and line their pockets with this ill begotten wealth.

The Supreme Court of the United States has ruled in the Citizens United  decision that "Big Corporations" are people and that they can spend their money and donate to candidates to influence who is elected to office.
​Lobbyists donate money to different representative's of our government in order to influence legislation that is beneficial to their employers and not necessarily to our great country.
Politicians all want a part of this money to get reelected and remain in office.

Probably these are the reasons that they work so hard to get elected and remain in office:
Members of Congress get paid a whopping $174,000.00 a year.
Americans work damn hard for the little pay they receive, and for all that hard work they typically get less than two weeks of vacation days a year. Members of Congress, on the other hand, have unveiled a work schedule that millions of workers can only dream of.

House Majority Leader Eric Cantor announced the release of the 2013 congressional calendar in November, and it looks like laziness is in vogue. That’s right, even as House Republicans portray the average American as lazy bottom feeders sucking off the government teat, they have given themselves an astonishing 239 days off this year (that's eight months off in that year). That means they will only work 126 days during a year when the nation has a multitude of issues to deal with.

Probably what irritates me the most, is that this current Congress is "the most do nothing  Congress" in our history.  In the last seven years, the Congress has done nothing to help our country recover from the most devastating economical collapse this country has seen since the great depression.  There is an obstructionist element in Congress that absolutely refuses to move forward with any bills or discussions that have to do with moving this country forward.  They refuse to participate in any bipartisan discussions, and do not allow any bills to be brought up for a vote in the House of Representatives

Mean while our infrastructure is badly in need of repairs.  Our highways, our bridges all are in dire need of repair.  Millions of good paying construction jobs could be produced if the representatives we elected to represent us would set aside their petty  grievances, and do what they we elected them to do.
DO THEIR JOBS!!

The ironic part to this whole fiasco is that the members of Congress have a 86% disapproval rating and a
​11% approval rating,  and the do nothing members are reelected over and over.
WAKE UP AMERICA!
Use you voting power, go to the poles, cast your ballot for change. I personally do not like the direction this country is headed in....DO YOU?

Lets make this nation great again by doing what we are great at....DEMOCRACY!
​Get rid of the bought and paid for politicians,  and elect people who will do the job they were elected to do!
​Enact legislation that will stop the payoff to politicians and get the big corporate money out of our politics 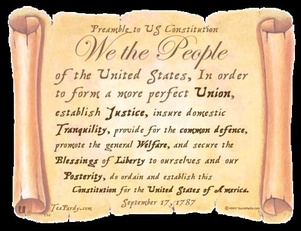 THE PREAMBLE TO THE CONSTITUTION OF THE UNITED STATES

We the People of the United States, in Order to form a more perfect Union, establish Justice, insure domestic Tranquility, provide for the common defence, promote the general Welfare, and secure the Blessings of Liberty to ourselves and our Posterity, do ordain and establish this Constitution for the United States of America.

TODAY'S AMERICA IS NOT THE ONE I GREW UP IN
I NO LONGER TAKE PRIDE IN MY COUNTRY BECAUSE OF WHAT IT HAS BECOME
LET'S RETURN IT TO IT'S FORMER GLORY SO THAT WE CAN ALL TAKE PRIDE IN HER ONCE AGAIN AND BE ABLE TO WALK WITH OUR HEAD HELD HIGH.... PROUD TO BE AN AMERICAN

PLEASE FEEL TO RESPOND TO ANY EDITORIAL I POST HERE